Now found on every major crypto exchange, Litecoin has cemented itself as a financial asset with plenty of long-term potential. Founded by former google-engineer Charlie Lee, Litecoin (LTC) enables instant, minimal cost payments to anyone, anywhere in the world.

A global payment network that is decentralised and open to all, LTC can now be used when purchasing goods online, or as an investment for other projects/tokens. This Litecoin trading review aims to boost your knowledge on the Scrypt based network & help you find the most suitable Canadian exchange to buy Litecoin.

Cost – Ability to send low cost & private payments to anyone

Availability – 1 of 3 cryptocurrencies listed on every major exchange and wallet – alongside Bitcoin & Ethereum trading.

Access – Litecoin transactions are made available to the public.

History – The history of Litecoin trading

Litecoin was released on October 7th 2011, by Charlie Lee, via an open-source client on GitHub. The Litecoin network went live on October 13th and was a source code fork of Bitcoin.

The original design of LTC was based around ease of mining and ensuring transaction fees were cheaper than Bitcoin. The eventual goal was to allow LTC to be a front runner for any real-world, small purchase use in the future. Other unique selling points of LTC are the increased maximum number of coins, the decreased block time and that LTC uses a “fairer” hashing algorithm, Scrypt.

2017 saw Litecoin become the first major cryptocurrency to use Segregated Witness, giving it the edge over LTC’s biggest competitor, Bitcoin Cash trading. The ability to process transactions through Lightning Network (a second layer protocol that allows users to make instant transactions peer-to-peer), was added slightly later in the year, with the first transaction taking less than a second to complete.

The Litecoin trading community continued to grow, and prices reached an all-time high of $360.93, in 2017. In an interesting turn of events, Charlie Lee (Founder) decided to sell all of his holdings. During his time working at Coinbase, Lee had developed a large social media following and found comments/updates he made would affect the price of Litecoin. Lee admitted that due to his position at Coinbase & Litecoin, and his influence on the crypto world, there was a conflict of interest; this was the main reason for selling his LTC.

In 2018, over 1 million merchants could receive LTC payments via the Clover POS system, allowing holders of Litecoin to purchase jewellery, clothing and cars using the asset, just as conveniently as they could by card or cash.

2021 sees more additions to help aid the implementation of LTC into everyday society. We will focus more on that later on in this Litecoin trading review.

Development – Appealing to the mainstream market

In the beginning, there was Litecoin 0.1.0, a fork of the Bitcoin trading core client. Since then, Litecoin’s development has continued to be heavily dependent on Bitcoin including UASF (User Activated Soft Fork), which resulted in Segregated Witness (SegWit). SegWit is a malleability fix that allows transaction signatures to be recorded outside of a block.

We cannot discuss the development of Litecoin without also touching on the Dogecoin, launched as a joke, this fork has gained an impressive following, currently ranked #35, according to coinmarketcap.com. Other altcoins created by Litecoin forks include Junkcoin, Luckycoin, CloakCoin and LitecoinCash.

The development of MimbleWimble (MW), although sounding like another joke, is the next fork from Litecoin. If it proves successful, it will provide additional privacy and more anonymity for those who buy Litecoin, further cementing its status as a front-runner for use on everyday purchases.

Litecoin uses a memory-hard algorithm called Scrypt, initially created to be fairer and ASIC-resistant. Every 2.5 minutes, the Litecoin network generates a block (ledger entry of recent LTC transactions), issuing a reward of 12.5LTC per block, which halves every four years. If you are one of the lucky ones, holding LTC since its launch back in 2011, you would have made a considerable return of over 3313.94%.

So, is LTC the best crypto to invest in? LTC is compatible with all major online wallets, making this coin a top option for investors who are planning on holding, or trading Litecoin. It has a payment confirmation 4x faster than that of Bitcoin and LTC has already established partnerships with WEG Bank AG, Aliant Payment Systems, U.N, UFC and various online stores. Once you buy Litecoin, it becomes yours, minus the small transaction fees (regardless of transaction size it will cost roughly 1000th of a Litecoin to process), allowing you to store, and spend LTC, as you see fit.

Unlike Ripple trading, LTC is decentralised, supporting the needs of clients and companies looking to maintain privacy and security. To successfully hack Litecoin, someone would need to control 51% of the network and hold 51% of the mining power across the whole of the network. The expense of this would far outweigh the risk and reward, meaning Litecoin is about as safe as cryptocurrency can get.

As mentioned above, LTC is compatible with all online wallets, allowing for quick and easy transactions to be made. You also have the option of storing your coins offline in a hardware wallet (a less convenient method of storing crypto but arguably the safest option). The wallets work similar to a USB, allowing you to plug into your laptop/desktop and exchange crypto directly. Our only advice is to think of an intricate password and store it somewhere safe, especially if you own a substantial amount of LTC.

The only concern we have with the security of Litecoin currently is that all LTC’s transaction history is obtainable by the public, allowing you to paint a picture of other traders’ financial position. We touch more on this when we discuss Litecoin’s future, below.

How to Trade – The best Litecoin trading options

LTC features on over 400 exchanges, so you’re spoilt for choice when you come to buy Litecoin. With so much choice, we have decided to take Canada’s top platform for trading the top cryptocurrencies, BitBuy, and show you exactly how to get your hands on some LTC.

NB: It is worth noting that this exchange is similar to Coinbase, and Simplex, in that it appeals to the new trader with little/no trading knowledge.

To open up an account, you will need to download the app, or open up your preferred browser and type in “bitbuy.ca”. Once this has loaded, there is a section to create a new account. Input all of your personal details, including your telephone number. You will then receive a message which will link your account to your phone.

Although there is no max limit on the amount of cryptocurrency you can deposit, you must verify your identity under Canadian KYC and AML regulations. This process will need to be completed before you can buy Litecoin.

New traders will need to submit a copy of their photo ID, a selfie of themselves holding the identification, and a picture that confirms their address (Bitbuy has several documents it considers valid proof of residency). Although Bitbuy doesn’t require any proof, individuals must state whether they’re a politically exposed person or the head of an international organisation.

When all documentation is submitted, the verification process should be complete within 36-72 hours. If any problems occur with the online process, you will need to forward documentation/upload identification manually. Once all checks are complete, you are ready to buy Litecoin!

The layout and design of the platform makes it very easy to buy crypto online. Fees are low, and the exchange offers a few payment methods, including Iterac e-transfer, Flexepin and bank wire.

To buy Litecoin, or any other asset on the platform, click on the home screen. You will then see options to buy, sell, deposit or withdraw. The bonus of using BitBuy is that, unlike some Litecoin trading sites, it provides you with a real-time price, so you will know the exact rate you will be getting when you place your buy/sell order.

Once your purchase is complete, you are free to transfer your asset to your online, or hardware, wallet. If you are looking to trade directly with LTC, or put LTC towards some smaller ICOs/Tokens, it may be worth keeping them in the exchange.

For those of you who already have a background in trading, looking to buy Litecoin as well as a variety of other assets, you may wish to visit a platform such as NDAX or Binance Exchange. The Binance exchange currently trades over 120 cryptocurrencies, including all major cryptocurrencies as well as Binance Coin trading.

Renowned for its fantastic value and transaction speed, LTC needs to ensure its security and privacy match. Unfortunately, due to the ease at which trader’s transactional history is accessible, the mainstream market will be sceptical about using Litecoin as a legitimate source of currency until this can be fixed.

As it stands, certain transactional information can be deducted from the LTC ledger, thus enabling potential hackers to create a better picture of someone’s wealth, making them more vulnerable to hacks.

Thankfully, Litecoin is developing a fork that helps protect traders from having their details readily available, and the successful implementation of MimbleWimble will eradicate this issue. It will also give businesses the privacy & security needed for LTC to become part of the mainstream world.

We could see Litecoin appearing as a recognised payment method quicker than we think too. David Burkett, the developer in charge of integrating MimbleWimble, revealed that serious progress has been made and the initial code will be ready for review by March 15th 2021.

The Litecoin trading community is 100% behind this coin, creating a very positive and informative social-hub. You can find lots of reviews, advice, trading predictions, bug fixes, explanations and decoding of jargon all over their social media. LTC holders have even helped towards the funding of team developers!

As a thank you for their continued support, the LTC marketing team are always creating ways for the Litecoin trading community to earn more coins too.

Supporting the views of the LTC community is none other than crypto-guru, John McAfee. McAfee believes that Litecoin is yet to hit its potential value, he also commented that Litecoin could rise as much, if not more, than Bitcoin.

Reviews from the general public are positive, receiving 3.7/5 stars on ca.trustpilot.com. One reviewer states that “This is the coin of the future”, of course, we always recommend doing your own research into any asset before investing.

Litecoin could well become the trading currency of the future. The almost immediate transaction timing and inevitable integration of MimbleWimble will cement its position near the top of the crypto rankings.

Once the security & privacy of Litecoin has been improved, we can see LTC being welcomed into the mainstream market. As popularity increases, it will not be long before other POS systems begin to accept and use LTC as a legitimate payment method.

From previous points mentioned in this Litecoin review, and when reviewing what top crypto gurus have to say about Litecoin, we would suggest that LTC is a long-term investment with plenty of potential. We can see this coin going from strength to strength and being around for some time. Beware of any Litecoin trading scams and always buy crypto online with trusted brokerages. 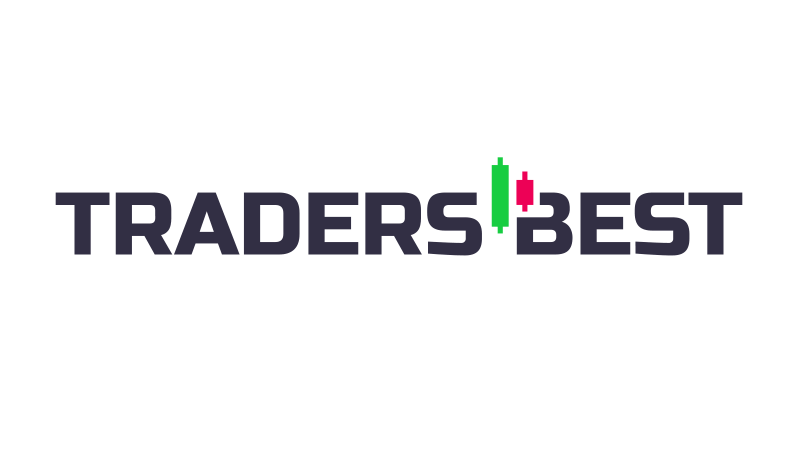 Best Cryptocurrency to Invest in Canada in 2021 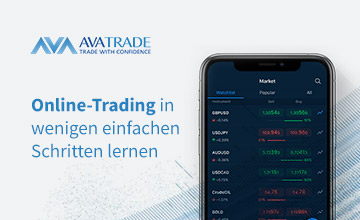 CA
English (CA)
Trading financial products carries a high risk to your capital, especially trading leverage products such as CFDs. They may not be suitable for everyone. Please make sure that you fully understand the risks. You should consider whether you can afford to take the risk of losing your money.

88/100
Go to Avatrade
T&Cs apply, 18+
×
Your Bonus Code:
The bonus offer was already opened in an additional window. If not, you can open it also by clicking the following link:
Visit Site