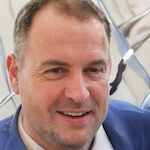 Bitcoin-SV is part of a split-off from Bitcoin Cash. Bitcoin Cash itself was a split off from the original Bitcoin. Bitcoin was mostly being used as an investment vehicle. The Bitcoin Cash people thought it should be used as an actual currency, so they split. Then Bitcoin Cash split into two groups.

In their only description of Bitcoin-SV, Wikipedia described a “civil war” in the two competing Bitcoin cash camps. Upon further research, the first camp, supported by entrepreneur Roger Ver and Jihan Wu of Bitmain, promoted the software entitled Bitcoin ABC (short for Adjustable Blocksize Cap) which would maintain the block size at 32MB. The second camp, led by Craig Steven Wright and billionaire Calvin Ayre, put forth a competing software version Bitcoin-SV, short for “Bitcoin Satoshi Vision,” that would increase the block size limit to 128MB. Finding additional information on Bitcoin-SV is incredibly difficult.

Bitcoin-SV was born after a fight broke out between different supporters of Bitcoin Cash. This was over the block size. Rather than agreeing to disagree they split off. If you are in favor of the different block size it makes sense to buy Bitcoin-SV. This is what has led most to trading Bitcoin-SV. If you are someone who simply wants to be able to buy something online then Bitcoin Cash seems the more reasonable option.

Bitcoin-SV prices vary wildly with it selling for $425 on one day and $96 the next day. This suggests that unlike Bitcoin Cash people buy Bitcoin-SV to speculate with, which is ironic given that the entire reason that Bitcoin Cash was created was to get away from speculation. Not all that much news has been released about Bitcoin-SV. There are many sources online that label it a scam. But none of those sites seem to have any proof over what they are talking about. Out of every cryptocurrency and trading app we have reviewed, Bitcoin-SV is the one we could find the least amount of factual information about. Even Wikipedia does not offer a full entry on them and only includes them in their Bitcoin Cash entry.

Bitcoin-SV was completely developed by Bitcoin Cash. It is simply a breakaway currency that swings much more widely in value than Bitcoin Cash. There have been no reported occurrences of anything that should move the price of Bitcoin-SV but move around a lot it does.

This suggests that people buy Bitcoin-SV as an investment and not as an actual way to pay for things online. Bitcoin-SV trading, therefore, is hugely hit or miss. Other than the size of the blocks themselves there doesn’t seem to be anything that makes Bitcoin-SV all that different from Bitcoin Cash.

Bitcoin Cash holds at a fairly stable price while Bitcoin-SV does not. Yet people do buy Bitcoin-SV. And the trading of Bitcoin-SV does happen. It’s largely a mystery to us, but more facts may appear in the future.

There are 18,429,927 Bitcoin-SVs in circulation. It is the sixth-largest cryptocurrency in the world. The price often skyrockets and then falls back to earth. It seems to be a speculator’s paradise where if you buy Bitcoin-SV you could make a great deal of money when it goes up again.

Without the hard data on Bitcoin-SV out there, it is very hard to predict. Bitcoin-SV trading, therefore, baffles us. If you wanted to make a straight-up investment you could put your money into Bitcoin. If you wanted a currency you could use to buy products you could use Bitcoin Cash. We are not certain what motivates people to buy Bitcoin-SV. It could simply be a place to park cash or for all we know could be used for money laundering.

Bitcoin-SV mining should have all of the security features of Bitcoin Cash built into the system. After all, it is an offshoot of Bitcoin Cash. This may be what makes people feel confident when they buy Bitcoin-SV. One would assume that it has all the proper encryption built-in. After all, there have been no problems with Bitcoin Cash so a different currency built from the same model should be just as safe. It is unclear what the increased size of the blocks will have on Bitcoin-SV but we wouldn’t think that it would be that great an issue.

Of course, security isn’t just about technology. It’s also about the way people think of currency. There is so much negative Internet chatter about Bitcoin-SV that that itself has to be taken as a security issue. Every currency is only as secure as the faith people place in it. There doesn’t seem to be that much faith in Bitcoin-SV. That said the price does sometimes shoot up so buying Bitcoin-SV isn’t crazy. And people trading Bitcoin-SV may know more than we do. What we can see is that from a technological standpoint there shouldn’t be that much of an issue with the security of Bitcoin-SV.

From a public relations standpoint, however, some issues need to be fixed. Bitcoin-SV may yet become one of the leaders in cryptocurrency. But to become that they need to release a lot more information and be considerably more transparent to people who are not tech wizards. As it is, we have our doubts about the future of Bitcoin-SV. While we have not seen any proof of problems, we have to assume that where there’s smoke, there is fire.

Before you trade Bitcoin-SV, always check out the prices. Because it is far more volatile than other cryptocurrencies just waiting a day or two before you trade can make a huge difference in how much money you get for it.

Once you won the Bitcoin-SV coins it seems that most people hang on to them and then sell them when they can make a profit. That’s what makes sense to us because Bitcoin Cash is accepted for payment of services at a lot more places than Bitcoin-SV is accepted. Of course, there may be sites out there that we are unaware of that prefer to trade in Bitcoin-SV.

Because Bitcoin-SV is based on Bitcoin Cash trading it is fairly easy to do. This may be why so many people buy Bitcoin-SV. Bitcoin-SV trading is also fairly simple. That is a good basis for a cryptocurrency.

We’d like to see greater adoption of Bitcoin-SV so we can see how it performs in the wild. Perhaps in the future, more sites will accept it and we will gain a greater understanding of its overall value. At this point even Wikipedia doesn’t take it seriously enough to have an entry on it, so we are mostly left in the dark about what is going on with Bitcoin-SV.

This could be the perfect time to invest in Bitcoin-SV. If it is about to be widely adopted, you could make a good deal of money off of it. That would be the major reason to buy Bitcoin-SV.

Predicting the future of Bitcoin-SV is not possible right now. There are too many unknowns about the currency. It could go widely up, and you could make a fortune. Or it could completely collapse.

The widely changing prices connected to Bitcoin-SV indicates that nobody has any idea at all what’s going on with trading this currency. And to be honest the company that makes them has been much less than transparent as to what exactly is going on. With so many people online calling Bitcoin-SV a scam you have to wonder if they are right. For our money, we will be investing in other cryptocurrencies. That said we could be wrong, and this could be the perfect time for you to buy Bitcoin-SV. Time will tell which view of the currency is the correct one. For now, we do not feel like we would be a responsible outlet if we made a prediction either way.

Bitcoin-SV’s reputation online is not altogether sterling, and we hope that they will improve in the future. It may just need a fantastic PR team to spruce up its image, or at least get the name out there in the public eye. We are looking forward to seeing what plans they have in the works for brand recognition.

It looks like it should be solid given that it is an offshoot of Bitcoin Cash. But Bitcoin-SV is much more volatile than Bitcoin Cash. That makes it a much less safe bet. And it seems like people buy Bitcoin-SV more as an investment than as a way to buy goods and services online. As best we can tell Bitcoin-SV is a medium of exchange for people who are really into tech. So, we would not recommend it to beginner investors.

How to Make Money with Bitcoin 2022 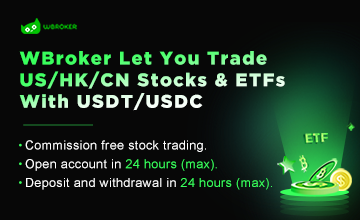 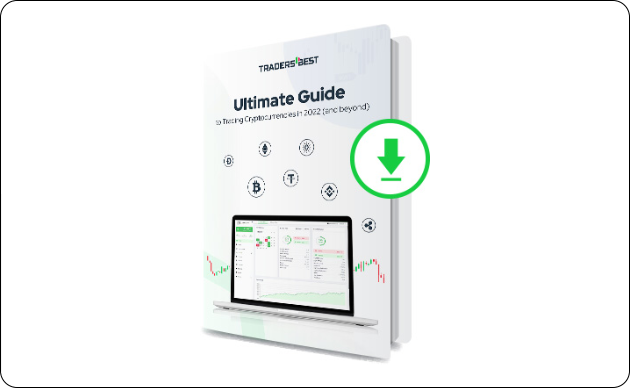 98/100
Go to Markets.com
T&Cs apply, 18+
×
Your Bonus Code:
The bonus offer was already opened in an additional window. If not, you can open it also by clicking the following link:
Visit Site