Tether is a controversial cryptocurrency. Due to multiple lawsuits, it is hard to say what is going on with it. Tether was designed as a “stablecoin,” meaning it would retain its value. They did this by supposedly backing each Tether with one U.S. dollar.

That said Tether trading has seen the value fall to as low as $.90. Tether’s owners, Tether Limited, have said that Tether holds have no contractual right to exchange them for dollars. Yet they often are exchanged for dollars.

As an investment vehicle, Tether trading is a nonstarter as in theory the value always remains one dollar. The price has fluctuated downwards during their legal woes. If you want to buy Tether, you can, but don’t do so with the idea of its value rising.

In January 2015, the cryptocurrency exchange Bitfinex enabled Tether trading on their software platform. For a while, Tether was processing U.S. dollar transactions through Taiwanese banks which, in turn, sent the money through the bank Wells Fargo to allow the funds to move outside Taiwan.

Tether announced that on 18 April 2017, these international transfers had been blocked. Along with Bitfinex, Tether filed suit against Wells Fargo in the U.S. District Court for the Northern District of California. That suit was later dismissed. In April 2019, New York Attorney General Letitia James filed a suit accusing Bitfinex of using Tether’s reserves to cover up a loss of $850 million.

Bitfinex had been unable to obtain a normal banking relationship, according to the lawsuit, so it deposited over $1 billion with a Panamanian payment processor known as Crypto Capital Corp. Today Tether is allegedly backed by a mix of dollar reserves, investments in other companies, and loans. It is not entirely clear how much backing Tether has.

Tether was developed with the idea that it could be exchanged for three different currencies – dollars, euros, and yen. In theory, they kept reserves of those currencies on their books so that any time anyone wanted to exchange them for those currencies, they could do so.

This made Tether trading seem usable. People would buy Tether to make online trades and the price would remain stable. New Tethers would only be released once new money was in the company in the form of dollars, euros, or yen. Tether is routinely exchanged for Bitcoin.

A controversy involving the Bitcoin exchange rate at one point had the value of Tether drop to as low as $.88. The trading platform Bitfinex has been accused of using Tether’s reserves to cover up a loss of $850 million.

Bitfinex had been unable to obtain a normal banking relationship, according to the lawsuit, so it deposited over $1 billion with a Panamanian payment processor known as Crypto Capital Corp. The funds were allegedly co-mingled corporate and client deposits and no contract was ever signed with Crypto Capital. Tether has promised to provide audit results that demonstrate a one to one link with the US dollar but has never done so.

If you want to buy or sell a cryptocurrency you need access to some statistics. Yet people buy Tether every day without much access to those statistics. We can say that there seems to be roughly $2.8 billion in Tether around the world, as announced in 2018. It should be noted that the amount of Tether in existence in 2017 was $10 million. That seems like an incredible increase in value in just one year.

It is honestly hard to say just how many Tether transactions take place every day. Tether trading is highly secretive and has been connected to people who are known to horde counterfeit money. Tether trading keeps the value of Tether very close to $1 with dips as low as $.88, but then it seems to always pop back up to close to the dollar range. In that sense, you can buy Tether and be sure not to lose much of your money. That said, Tether trading is not that popular since it is unlikely to ever rise above the set limit of one dollar.

Tether’s security is widely unknown. Most of the trading and setup of Tether has been done in countries that are not the United States. The company has never allowed a full audit of its reserves. People who trade Tether have to trust that the company is being honest about having reserves that back up Tether and give it value.

The company has been accused of being part of a price-fixing scheme with Bitcoin. That issue has yet to be resolved. There is also the case of a man accused of stealing roughly $850 million in Tether. That has also not been resolved. Tether claims that large corporate blocks buy and sell Tether but that also cannot be verified. Everything Tether says about their safety and security may be true. It may also not be true. There is no stable place where Tether exists so there is no controlling body that they have to report to.

What sort of security has been built into Tether is also a mystery. Tether’s main use seems to be a way to deal with Bitcoin and Litecoin, but always know what the value of your trade is. In other words, while Bitcoin and Litecoin go up and down on the exchanges every day Tether is more stable so if you trade with Tether you can get a consistent price at all times that you would not get from Bitcoin or Litecoin.

It has been theorized that Tether is backed up not by actual dollars, yen, or euros but by reserves of Bitcoin. That has yet to be proven. Yet to buy Tether doesn’t seem like much of a risk. It has stayed mostly stable during its lifetime. Trading Tether also doesn’t seem very risky. You won’t make much money, but you won’t lose it either. We would like Tether to be much more transparent, but that is not something that is happening any time soon.

How To Trade Tether

Trading Tether is considered one of the best ways to buy crypto online. This is because while the value of nearly every other cryptocurrency varies widely Tether is held as close as possible to being worth one dollar. There have been no major hacks of Tether and as far as investors are concerned no Tether trading scams.

There is no way to find the best Tether trading as the price is essentially fixed. The best Tether trading sites are essentially all Tether trading sites because the price remains fixed across the board. The basic idea of Tether is like the U.S. dollar back when it was on the gold standard. Yes, in theory, you could exchange your dollars for gold at any point you wanted to. It’s the same with Tether, you can exchange it for dollars at any given point. In both cases, most people do not do so. It is unclear if this is what keeps the value of Tether stable or if they have the resources to back them up.

To buy or sell Tether, go to any cryptocurrency exchange place. Then after you have registered for the site you can use your credit card or direct wire transfer to purchase Tether. You will be charged a small fee. You can do the same process in reverse to sell Tether.

Tether in general is used to buy and sell products and services on the Internet using a stable currency so that you know how much you are spending and/or getting. This puts it at an advantage to Bitcoin whose prices vary widely. To a large extent, Tether has been very good at retaining value. Tether price has remained mostly stable. The Tether price prediction is that it will always be worth roughly one dollar. Tether prediction holds this as gospel.

There is something to be said for a stable cryptocurrency. It allows you to have some stability when you are buying or selling. That said many traders worry that Tether is so entrenched in other cryptocurrencies that if an audit appeared and showed that Tether was not as fully backed as it claims to be it could cause multiple other cryptocurrencies – including Bitcoin – to collapse. That has caused many people to put a lot of faith in mining Tether as it has become one of the linchpins of the entire cryptocurrency marketplace.

The future outlook for Tether depends on whether or not people are willing to buy Tether. Trading Tether represents an optimistic look at the entire cryptocurrency market. If people believe that cryptocurrency is the future, then with or without an audit Tether should retain its core value. It’s never going to go up much beyond being worth one dollar but losses should also remain minimal.

That said, if there ever was an audit and it was found out that Tether does not have the backing it claims it could not only cause Tether to collapse but also the entire cryptocurrency system. Most people believe that to be impossible so for now Tether keeps pumping on.

While we do not doubt that there is something to the lawsuits surrounding Tether, we do believe that it is so fully integrated into the entire cryptocurrency chain that nobody will allow it to fail. The money will always keep coming in to support Tether to keep all of the other cryptocurrency markets as stable as they can be.

In the cryptocurrency community, Tether trading reviews are the best of any currency used. By keeping itself with one stable value it is a haven asset for cryptocurrency traders. Various government officials have taken a stand against Tether’s reputation but have not been able to win any court cases as of yet.

Those two interpretations of Tether are clearly at odds with each other. That said, Tether has proven stable over several years and is used quite a bit with some analysts suggesting it is responsible for 10% of Bitcoin trading. In general, if you are into cryptocurrency, then Tether is where you want to be because of its sterling reputation among cryptocurrency traders.

Tether is at the heart of cryptocurrency apps. Its existence helps provide stability to an otherwise chaotic market. That gives it a legitimacy that people are looking for.

The downside is the lack of transparency and the numerous government investigations. If any government was able to successfully sue Tether the company could collapse. That would lead to the bankrupting of not only cryptocurrency exchanges but also wipe out billions of dollars in value to other cryptocurrencies themselves. We cannot imagine that anyone would allow that to happen.

Therefore, unless you are convinced that all cryptocurrency is based on a house of cards, then Tether should remain stable and reliable for a long time. We have faith in Tether though we would like to see it set up in locations that would allow it to have more scrutiny. That said we understand why given the current political market they would prefer not to be located in the United States.

How to Make Money with Bitcoin 2022
Broker of the Month 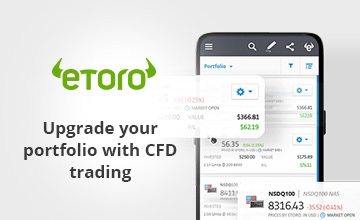