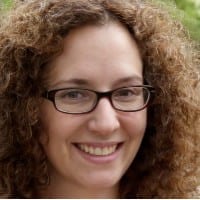 Last week saw Apple shares closing at a record high after reports indicated that the tech giant could launch an electric car in 2025. Apple stock shot up by 2.5% following the report and it took the brand’s market cap past the $2.6 trillion mark.

It’s been no secret that Apple is very interested in the electric car market, and the company is looking to focus its efforts on creating a fully autonomous vehicle. The project is being led by Kevin Lynch – the executive behind the Apple Watch software. While Lynch doesn’t have a background in car manufacturing, his main role will be to make a breakthrough in fully autonomous driving which is something that has eluded all other electric car manufacturers.

The electric car market is currently being spearheaded by Tesla, followed by promising new brands such as Rivian. While Apple is not the first to this exciting new market, it has an excellent track record for significantly upgrading what people expect from a number of different products ranging from computers to smartphones and wearables. As such, many investors are expecting the electric car reports could provide a year-end surge in stock value for Apple. Not bad for a company that has seen its share price rise by as much as 21% in 2021 alone.

Rumors about an Apple car started circulating in 2014. The project has been known as Project Titan or the Special Projects Group has reportedly gone through many changes in approach. At one point the plans to create a fully autonomous driving vehicle were shelved with a priority on creating driving software instead.

However, it looks like Apple has changed its mind once more, and it looks like the tech brand will create its own vehicle that will feature full self-driving functionality. Reports have indicated that Apple has hit a ‘milestone’ in developing the self-driving car system that focuses on a specific Apple car chip. This is the most advanced component that Apple has created and it features the artificial intelligence required for autonomous driving.

There is also plenty of speculation over what the Apple car could look like. Some rumors suggest that Apple is trying to do away with things like steering wheels and pedals. Instead passengers would sit facing each other on the sides of the cars and there would be an iPad-like device in the centre of the vehicle.

Apple isn’t the only tech brand to venture into the world of electric vehicles. Brands ranging from Sony to the Chinese search engine giant Baidu have also shown themselves willing to jump on the electric car bandwagon.

Plus with regular car manufacturers from Ford and Audi to Porsche and Audi are making the switch from fossil fuels to creating electric cars, it seems that the race is now on to catch up with trailblazers like Tesla. All of which means that it’s the perfect time for Apple to get involved.

Tesla truly cemented its claim to be one of the tech giants ...