TradersBest.com / Bitcoin Sees The Most Significant Spike in Value Since July ’21

Bitcoin Sees The Most Significant Spike in Value Since July ’21

As China and the US increased efforts towards regulating Bitcoin alongside other cryptocurrencies, Bitcoin’s value dropped 7.6% in September 2021. This raised concern amongst investors regarding the future of Bitcoin. However, Analysts were optimistic that the year 2021 would be a good one for Bitcoin, and luckily the market-leading crypto has seen a sudden rise in value today. 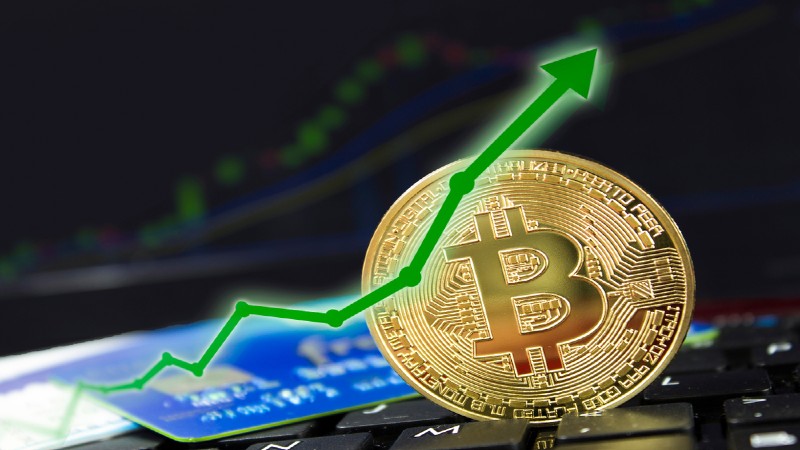 Today was a great day for the market-leading crypto as it increased around 10% in value and was valued at 47’884 USD. Alongside Bitcoin, other cryptocurrencies including Ethereum, Litecoin, and EOS saw a sudden spike in value.

The sudden spike in Bitcoin’s value led to investors adding their two cents on why it occurred. Some suggested that it could be a result of the Federal Reserve Chair Jerome Powell’s comments on Thursday, in which he indicated that he doesn’t have any intention to ban cryptocurrencies. Others also indicated that this was expected based on technical analysis. More than 60% of the time, Bitcoin’s value has risen in October. So, it’s history repeating itself.

Although Powell mentioned that he has no intentions to regulate cryptocurrencies, he also mentioned that he believes stablecoins are appropriate for regulation. Though this may have affected a few crypto’s negatively, it played a part in boosting Bitcoin’s value, according to investors and analysts.

A little over three months ago, a dutch analyst known as PlanB made a prediction model for Bitcoin’s value, and the accuracy rate of that model has investors in shock. His first prediction was that Bitcoin’s value would be $43’000 in June of 2021. The actual price of Bitcoin was recorded at $43’150, making the prediction entirely accurate. Similarly, PlanB suggested that BTC would hit $47000 by the end of August and dip down to $43’000 by September. Both of his predictions turned out to be off by less than 3%, which is pretty impressive.

As a result of his predictions, PlanB has gained a massive fan following on his social media pages. His model takes into consideration Bitcoins limited quantity and diminishing supply. Though the model is not 100% accurate, Bitcoin hit $64’000 during April’2021, and PlanB suggested that the cryptocurrency would continue to rise. Analysts are still expecting that Bitcoin’s value will see an all-time high by the end of 2021; however, only time will tell.

Major cryptocurrencies like Bitcoin and Ethereum took yet another tumble this week ...