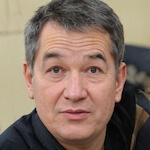 As a long-time FOREX trader I was quickly captured by the attraction of the crypto-world. Besides my fascination for trading, it has always been essential for me to understand the underlying technology and ideology. I am still active as a trader today and try to simplify the entry and trading for beginners by my articles and pass on my knowledge. That is why I have been working as an editor for TradersBest.com since 2019.

Microsoft has announced the shock decision to buy the games publisher Activision Blizzard. This could be one of the biggest tech deals in history and it will send shockwaves through the industry. Although the nearly $70 billion deal has yet to be finalized it represents a bold move from Microsoft as it aims to take control of the tech market. While Microsoft has a strong foothold in the gaming market thanks to its Xbox consoles, the move to absorb Activision Blizzard could make Microsoft the third largest gaming brand. Currently Tencent and Sony occupy the top spots in a global gaming market that is thought to be worth over $180 billion. However, the news that Microsoft was planning to buy Activision Blizzard was enough to send Sony Group’s share price plummeting by as much as 12.8%.

Prior to this deal, Microsoft had already set records for tech takeovers when it paid $26 billion for LinkedIn in 2016. However this $68.7 billion deal could be the biggest of all time and even eclipse the massive $67 billion paid by Dell for EMC in 2015. Microsoft hit the headlines last year when it paid $7.5 billion for another big gaming company – Bethesda.

Of course, such a monumental deal will inevitably come under the scrutiny of the Federal Trade Commission. However, the fact that Microsoft doesn’t suffer the same negativity that affects other tech brands like Facebook and Amazon should mean that the deal goes through.

A big change for Activision Blizzard

Activision Blizzard is a leading games publisher that is behind era-defining games such as World of Warcraft, Call of Duty and Candy Crush. Plus the brand has proven to be especially effective in the hugely promising mobile gaming industry.

Microsoft takes a big step into the metaverse

The move by Microsoft to buy Activision Blizzard is all the more significant as it shows how the tech brand believes gaming to have a key role in the development of the metaverse. The move into gaming diversifies the brand alongside other big sources of revenue such as cloud computing and PC software.

It follows on from trends in other tech brands who have been in a rush to gain a toehold in the augmented and virtual reality futures. While Facebook’s rebranding as Meta and its $10 billion spending on the metaverse could seem like a rather glib attempt at staying relevant,  the $70 billion acquisition of Activision Blizzard is a massive move from Microsoft and it puts the brand in a commanding position.

This year will see Amazon launch its first ever physical clothing store. ...

The streaming giant Netflix is going to have a big day on ...

Walmart Hints at Move Into Cryptos and NFTs

Watch out metaverse as Walmart is looking to get on trend by ...

Latest News
Amazon to Launch Real-World Clothing Store in 2022
This year will see Amazon launch its first ...
Netflix Expected to Post Positive Quarterly Report
The streaming giant Netflix is going to have ...
Microsoft plans to buy Activision Blizzard
Microsoft has announced the shock decision to buy ...
Walmart Hints at Move Into Cryptos and NFTs
Watch out metaverse as Walmart is looking to ...
Top Betting Sites
Top Betting Bonuses

Spreadex Bonus
Get £40 in Free Bets
T&Cs apply
8.5/10
Receive the latest trading news by email + our free eBook
Nobody is born a trading expert. Register now to receive the Ultimate Guide to Trading Cryptocurrencies in 2022 (and beyond), and receive the TradersBest.com newsletter with the latest market news and broker reviews!.

GB
English (UK)
Trading financial products carries a high risk to your capital, especially trading leverage products such as CFDs.
CFDs are complex instruments and come with a high risk of losing money rapidly due to leverage. Between 74-89% of retail investor accounts lose money when trading CFDs. You should consider whether you understand how CFDs work and whether you can afford to take the high risk of losing your money.

75/100
Go to Binance
T&Cs apply, 18+
×
Your Bonus Code:
The bonus offer was already opened in an additional window. If not, you can open it also by clicking the following link:
Visit Site